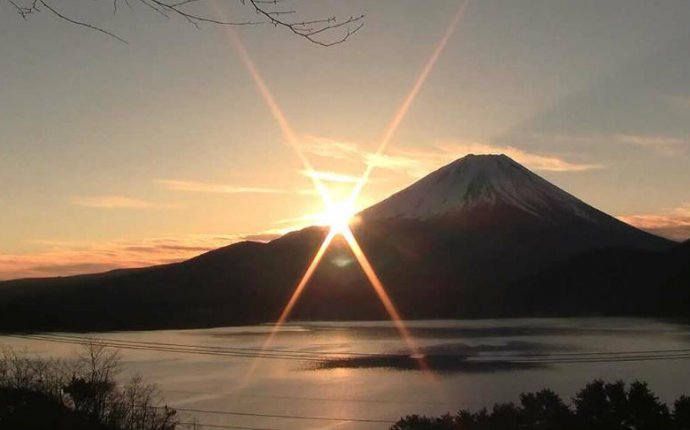 Businesses shut down from January 1 through 3, and family members return to the family home to celebrate Japanese New Year. Soba noodles are served at parties on December 31 to celebrate the end of the old year and symbolize longevity. Japanese clean their homes and clothing in preparation for the new year, and they decorate their doors with ornaments. They send new year's cards, marked for delivery on January 1, and celebrants wake up early to view the sunrise. Families often make a pilgrimage to a shrine on shogatsu; in Tokyo, millions visit the Meiji Shrine.

Obon commemorates the return of the ancestors' spirits to earth to visit their relatives. The Buddhist event, typically celebrated in mid-July or mid-August, depending on whether the solar or lunar calendar is observed, begins with the hanging of lanterns to guide the spirits to the home. Participants perform dances, make food offerings and visit the graves of their relatives. The festival culminates when observers set lanterns afloat to guide their ancestors back to the spirit world.

Coming of Age day celebrates a young person's arrival at adulthood. A three-day weekend in January is set aside for men and women who turn 20 during the coming year. Female participants wear traditional clothing like kimonos and zori, or wooden slippers, and while a few males don kimonos, most wear suits. Municipalities arrange festivities, known as seijin shiki, that include speech-making and gift-giving. Groups of young adults go to parties or bars after the ceremony.

March 3 marks Hina Matsuri, called the "Doll Festival" or "Girls' Festival" in English, when families wish their daughters a happy and successful life. An elaborate display of dolls representing the emperor, his wife and the imperial court are displayed in homes during the festival. The dolls are offered rice crackers and other food. Hina Matsuri originated in the Edo period when the dolls were perceived to be charms that warded off evil spirits. Some Japanese families set paper dolls afloat to carry off bad luck. The Hina Matsuri display is taken down immediately after the holiday because traditional Japanese believe that those who do not will have trouble marrying off their daughters.

On Valentine's Day in Japan, women are the primary gift-givers. Female office workers give obligatory chocolate, or "giri choco, " to male coworkers and male superiors at work. Honmei choco is given to significant others, and tomo choco is for female friends. In 1980, Japanese retailers created White Day, an opportunity for men who received chocolates on Valentine's Day to return the favor. White Day falls one month after Valentine's Day.