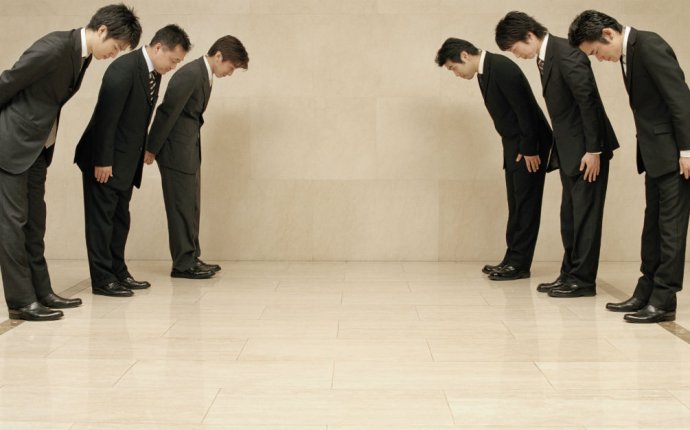 “We Japanese” is a phrase that you will typically hear in Japanese social and business interactions. Although Japanese are generally a bit more individualistic than people in other parts of Asia, they will outwardly strive to present a unified opinion. It is essential to understand the subtle ways that leaders build consensus to nurture the strong support and loyalty of the teams and companies they lead.

Particularism
Requires reference to context. Relationships are given priority

Cultural Note: Japan is one of the most homogeneous societies in the world, being over 99% ethnic Japanese with only a small Korean minority. The country has historically resisted outside influences and the U.S. used force in 1853 to open the country to outside markets by sailing the navy into Tokyo Bay.

Indirect
Imply/suggest what is meant. You need to read between the lines and develop a good relationship.

High Context
Background information assumed depending on nature of relationship.

Emotionally Restrained
Emotional expression is distained as unprofessional. Trust and credibility are developed through emotional suppression.

Circular
Message can weave and wander.

Gestures
Bowing is the traditional form of greeting, but handshakes are common as well, although gentle rather than firm. Dramatic gestures, arm movements or facial expressions are best avoided, as unintended meanings can be attributed. Reserved body language is ideal.

Touching
Touching is kept to a minimum between acquaintances, although in crowds and amongst strangers, Japanese will push themselves against others to get to their destination.

Japan has an extremely high population density, especially in the cities, so sense of personal space is quite small, particularly when out in public.

Gift Giving for the Japanese

Communication
Tends to be implicit and nonverbal (through observation of others and of the situation) with some verbal presentation. Vagueness and ambiguity may be positive in avoiding open disagreement and the attending embarrassment.

Decision Making
Upward (from middle or bottom of organization), relatively slow; consensus through lengthy discussions, informal as well as formal, is expected and sought.

Conflict and Confrontation
Conflicts and confrontations are to be avoided if at all possible; harmony in interpersonal relations is a primary goal; conflicts may be dealt with indirectly through an intermediary, or informally in “after hours” socializing; agreement management is important, to prevent problems from occurring; a good manager is aware of problem before it is openly presented.

Social Interaction
Predictability and ritualized interaction is valued until very clear friendships or working relations are established. Repartee, sarcasm, “one-upmanship” can be embarrassing or threatening; disagreements in public or social settings (parties) can cause discomfort and embarrassment.

Time Orientation
Past, present, and future, all viable, due to deference to seniority (in organizations as well as people), interdependence, and lifetime employment. Manager is responsible for stewardship of ongoing institution.

The following are examples of various business functions common to all cultures and provide broad generalizations of business behaviors.