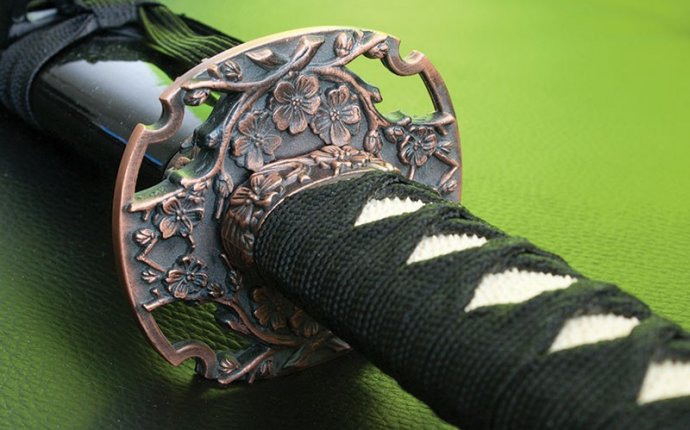 Yiding Ma '16, left, hands over a barrel of rice porridge in the manner prescribed in monastic dining.

Although Jane-Marie Law had done extensive planning of her class’ study trip to Japan, there were surprises: a valley pathway lit by lanterns, a private concert by a Japanese musician.

“Every single day, there was something magical, ” said Law, associate professor in the Department of Asian Studies, who led 14 students on a 12-day trip to Japan in June after a semesterlong class on Zen Buddhism.

Key to the trip was Masaki Matsubara, Ph.D. ’09, Law’s former student, who hosted the group in Japan and arranged for them to live and practice with monks in some of Japan’s most famous and beautiful monasteries.

“We were getting up at 3:50 and doing meditations at 4 a.m., ” Law said, “then working with the monks during the day, which was equally rare. In monastic settings, everything you do is part of the practice – cooking, cleaning and eating.”

During one of the first sessions, students learned how to eat in a Zen way.

“Following Masaki’s each move, we practiced removing the stack of bowls from the cloth and laying them out from biggest to smallest. The sound of one bowl clunking against another filled the silent space of the temple, as we clumsily tried not to make a sound, ” Anshu Gaur ’17 wrote in a blog about the trip. “… With each bite we take in silence, we taste the food that nourishes our body and minds. With each bowl we use, from big to small, we see the love poured into preparing the food. With each grain we eat, each drop of tea we sip, we acknowledge the scarcity of food that we are fortunate to have in front of us.…”

The class and trip were supported by an Internationalizing the Cornell Curriculum grant through the Global Cornell initiative. The spring semester class was taught in collaboration with the Herbert F. Johnson Museum of Art, whose curator Ellen Avril introduced students to objects from the collection.

During the semester, students in the class explored Zen’s religious, historical and aesthetic development. They read primary sources in translation and secondary sources, examined the rise of the tradition in China and the establishment of Zen in the Kamakura period in Japan, and read works by Eisai, Dôgen and Hakuin before studying Zen in the American context.

Jeff Zhou '16 walks in the precincts of the oldest temple in Kamakura, Sugimoto-dera.

“The academic study of religion preserves a certain distance from the religious practice, ” Law said. “We invited students to come and meditate, but they didn’t have to. Still, I think everyone found the practice of meditation to be very valuable, whether they were religious or not.”

For Lisa Malloy ’16, the trip was a chance to experience a tradition she has examined for years.

“Nothing lights the zendo, ” Malloy wrote in her blog about a meditation session early in the trip. “Through the matte windows a delicious blue-green light seeps into the room, and our minds wake up slowly alongside our breath and the growing sounds of birds and bugs. I can hear the breath of the students next to me in the room; I can hear the rice gruel being carried in the kitchen a couple rooms over. Completely with myself, there was no one to intervene in my mind.”

The trip allowed students to experience much of the tradition and history they had learned in class.

“Students had the chance to see these art pieces up close and in a context where they are very much alive, ” Law said. “They saw real tea practitioners and had meals in a mediation hall every morning and noon. By the end of the trip, students became very comfortable with the notion of mindfulness.”

For the trip, Law chose to focus her talks on her personal experiences and stories rather than academic topics. Law and Matsubara planned the topics based on the locations they would visit.

“I talked about fear, ethics and gratitude and what I find valuable in this religious tradition, ” Law said. During one talk, she encouraged students to notice what they were grateful for and express their gratitude to others. “The lightness of the community was palpable because everyone felt appreciated, ” she said.

Students who had studied Japanese also had the opportunity to do some translation, while all of the students expanded their language knowledge by picking up words at the monasteries.

Following the trip, Malloy spent several additional weeks in Japan, walking and creating a film about the Saigoku pilgrimage, a route in which she visited 33 Buddhist temples dedicated to Kannon Bodhisattva, a Buddhist goddess of mercy.

Law and Matsubara are committed to offering the trip to Cornell students for the next nine years and are working on grant funding to provide travel scholarships.

“Going to Kamakura – to me – is not merely a getaway from the hustle and bustle of graduation week or an oh-my-god-everything-Zen-related-is-so-cool adventure deep inside the mountains, ” wrote Yuanyuan Tang ’16. “Once I left there, it has become an experience of ichigo ichie (‘one moment, one encounter’). However, I truly believe that every moment and every encounter that has happened in Kamakura will stay and sparkle in my memory.”

@jhe9: I've learned a lot about my Japanese students. It's amazing because this job is teaching me about surprising cultural differences!

@#SlinkeeKingofKings: Also why do international fans get so angry about what Japanese fans like anyway? It's a matter of cultural differences and just opinions