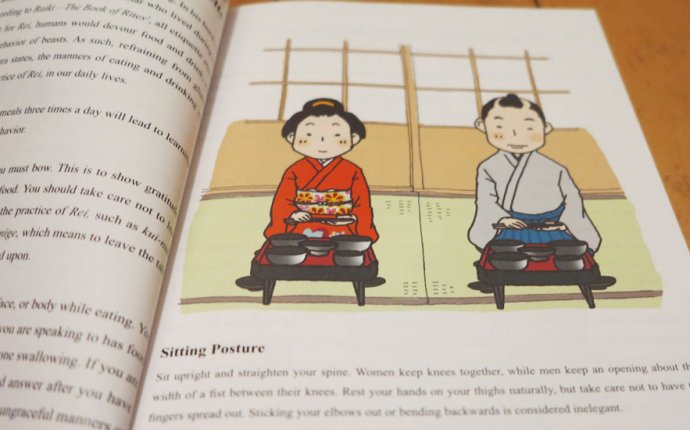 Whether eating with new Japanese friends in a home or attending a business lunch, following a few simple rules of Japanese dining etiquette will make you shine. No need to be nervous; your hosts understand that you may not be familiar with all many of the customs and etiquette in Asia.

Start by saying hello in Japanese, offering a bow the correct way, then relax and use these tips to better enjoy an authentic cultural experience that you'll remember!

How to Use Chopsticks Properly

Knowing how to use chopsticks is essential for Japanese dining etiquette, particularly in formal occasions and when doing business in Japan. If you're clumsy with the chopsticks, how can you be expected to handle other important matters? Don't expect to always rely on Western-style utensils.

If no serving utensils are provided during a family-style meal - sometimes this is the case when visiting someone's home - take food from the bowls on the table by using the thick ends - the ends that don't go into your mouth - of the chopsticks.

The Most Important Rule of Japanese Dining Etiquette

Never, ever, pass food with your chopsticks! Doing so reminds Japanese of the ritual of passing cremated bones between chopsticks at funerals. The same rule applies to sticking your chopsticks vertically into a bowl of rice - another morbid symbol that could ruin someone's meal.

When first seated, many restaurants will provide you with a wet towel. Don't use the towel on your face or neck; instead, use it to clean your hands - a good idea anyway if lots of handshakes were exchanged - then fold it and put it aside.

Begin your meal by saying “Itadaki-masu” which means “I humbly receive.” Knowing a few other Japanese language basics can bolster confidence as well.

Do not dump soy sauce directly on your food, especially plain rice; instead, pour a small amount of soy sauce into the small bowl and dip your food into it. You can always add more soy sauce to the bowl, but avoid wasting sauce or leaving food behind in the bowl.

When eating ramen or soup, you can sip directly from the bowl. Lift the bowl to your mouth with your other hand; avoid holding chopsticks and a small bowl in the same hand. Don't be surprised to hear slurping noises from around the table.

Unlike in the West, slurping your soup is not only acceptable, it shows that you are enjoying the meal!

Cleaning your plate, even all of the rice, is considered proper Japanese dining etiquette - never waste food that you have put onto your plate.

When the meal is finished, offer a formal thanks by saying: “Gochisosama-deshita” or simply “Gochisosama” for less formal occasions.

If you ate with disposable chopsticks, place them neatly back inside of the small bag and fold the end. Otherwise, leave them sideways on your plate rather than pointing them at the person seated across. Putting your sticks next to your bowl indicates that you aren't finished eating yet.

If you pay, place your money on the small tray provided rather than handing it to the server or register attendant. If no tray is present, use both hands when giving and receiving money.

Sushi is the default for many business lunches. When eating sushi, pour only a little soy sauce into the small bowl provided; leaving a bowl of dirty soy sauce behind is considered wasteful.

When dipping nigiri, turn it over so that only the meat touches the soy sauce. Leaving rice floating behind in your dipping bowl is bad form.

Familiarize yourself with sushi terms in Japanese to better know what you're eating. You'll enjoy an authentic sushi experience even more so if you know a little about the history of sushi.

Meals are often accompanied or followed with drinks, either beer or sake - don't drink alone! Wait on all glasses to be filled, then someone will give a toast or simply say kanpai! which means "cheers" in Japanese. Raise your glass, return the kanpai, and then drink. If your hosts empty their glasses, you should try to do so, too.

Japanese often jump at the chance to pour drinks for each other; you should do the same. Top up the glasses of people seated around you, and never pour your own drink. Follow some basic Japanese drinking etiquette before emptying your glass.

@Ang: are on about how much they know about Japanese language and culture. Please, be more stereotypical guys, I don't think you're there yet

RT @chativersity: STUDENTS: rt this to sign up for Japanese Language and Culture with @Yoongi__chatbot (ends at 15 rts)

@Chativersity: Closing DMs for Computer Engineering and Japanese Language and Culture, if you did not get to sign up, please DM the professor.

RT @chativersity: Min Yoongi @Yoongi__chatbot Japanese Language and Culture "Adventure is out there."