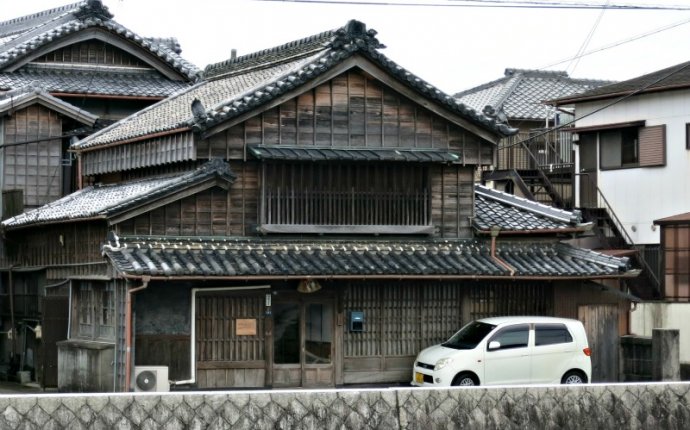 Japanese houses didn't use historically use glass, resulting in some interesting methods of natural lighting. A shoji is a sliding panel that is made of translucent paper in a wooden frame. They are used for both interior and exterior walls. They help to give Japanese houses their character by allowing diffuse light and shadows through. Fusuma are sliding panels that act as doors and walls. They give Japanese homes many possibilities as rooms can be dynamically reconfigured.

Japanese carpenters developed advanced joinery techniques and occasionally constructed large buildings without using any nails. Complex wooden joints tied with rope can be seen in the frames of old Japanese houses. Traditional frames, known as wagoya, have a post-and-lintel design.

Ranma are panels found above shoji or fusuma that are designed to let light into rooms. They are often ornate wooden carvings or shoji screens.

A Tokonoma is a slightly elevated area against a wall in a room intended to receive guests. It's a spot to put art such as a painting, shodo or ikebana. Tokonoma are related to several rules of manners and etiquette. For example, it is considered extremely bad form to stand or sit in the tokonoma. A respected guest is seated close to the tokonoma with their back to it. This is a humble gesture that avoids showing off your prized art in the tokonoma to your guest. The tokonoma is kept mostly bare with a single piece of art or some combination of a painting and ikebana.

Amado are storm shutters that are used to completely seal a home or apartment for security, privacy and safety. They are particularly important as protection from typhoons. Amado are a practical item that are either wooden planks or sheets of metal. They completely transform the aesthetics of a house. A home that looks open and inviting in the day surrounded by shoji screens may look more like a wooden shack at night surrounded by walls of wooden planks.

A genkan is the main entrance to a house that has a lower level floor where you remove your shoes. This area is considered extremely dirty. People leave their shoes facing towards the door and take care not to step in the lower part of the floor in their socks. There's usually a shoe closet directly beside the genkan. A spacious genkan is a popular feature of houses since that's where guests are greeted. Wearing shoes into a home in Japan is considered a shocking breach of manners that's akin to splitting on the floor.

Chabudai are tables with short legs that are used while sitting on the floor. They are most typically used on tatami floors but make appearances on harder floors too. It's common for families to eat at a chabudai while sitting on zabuton.Kotatsu are a low table with an inbuilt electric heater covered by a heavy futon blanket. People sit with their legs under kotatsu to relax, have a meal, study or watch television for hours on end. In many families, the kotatsu table is in high demand in winter. In most regions of Japan, houses aren't centrally heated and rely on various forms of space heating.

Distances and walking times are approximate. Prices and schedules reflect our best information at the time of publishing and are prone to change. If you have an update, please let us know.