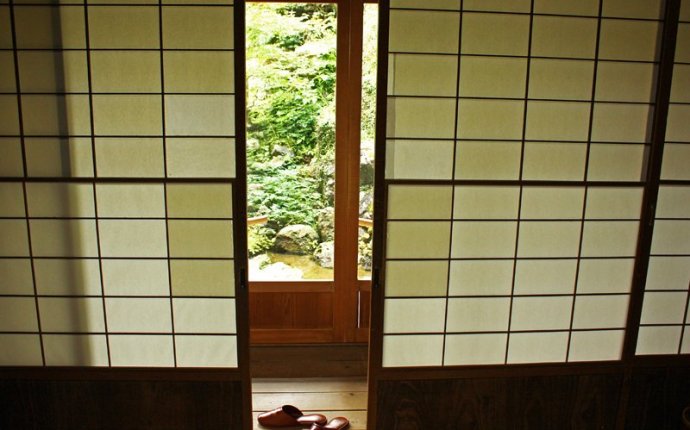 Contemporary Japan is a secular society. Creating harmonious relations with others through reciprocity and the fulfillment of social obligations is more significant for most Japanese than an individual's relationship to a transcendent God. Harmony, order, and self-development are three of the most important values that underlie Japanese social interaction. Basic ideas about self and the nature of human society are drawn from several religious and philosophical traditions. Religious practice, too, emphasizes the maintenance of harmonious relations with others (both spiritual beings and other humans) and the fulfillment of social obligations as a member of a family and a community.

In Japanese mythology, the gods display human emotions, such as love and anger. In these stories, behavior that results in positive relations with others is rewarded, and empathy, identifying oneself with another, is highly valued. By contrast, those actions that are antisocial, or that harm others, are condemned. Hurtful behavior is punished in the myths by ostracizing the offender.

No society can exist that tolerates significant antisocial behavior in the long term, but Japan is among the societies that most strongly rely on social rather than supernatural sanctions and emphasize the benefits of harmony. Japanese children learn from their earliest days that human fulfillment comes from close association with others. Children learn early to recognize that they are part of an interdependent society, beginning in the family and later extending to larger groups such as neighborhood, school, community, and workplace. Dependence on others is a natural part of the human condition; it is viewed negatively only when the social obligations it creates are too onerous to fulfill.

In interpersonal relationships, most Japanese tend to avoid open competition and confrontation. Working with others requires self-control, but it carries the rewards of pride in contributing to the group, emotional security, and social identity. Wa, the notion of harmony within a group, requires an attitude of cooperation and a recognition of social roles. If each individual in the group understands personal obligations and empathizes with the situations of others, then the group as a whole benefits. Success can come only if all put forth their best individual efforts. Decisions are often made only after consulting with everyone in the group. Consensus does not imply that there has been universal agreement, but this style of consultative decision making involves each member of the group in an information exchange, reinforces feelings of group identity, and makes implementation of the decision smoother. Cooperation within a group also is often focused on competition between that group and a parallel one, whether the issue is one of educational success or market share. Symbols such as uniforms, names, banners, and songs identify the group as distinct from others both to outsiders and to those within the group. Participation in group activities, whether official or unofficial, is a symbolic statement that an individual wishes to be considered part of the group. Thus, after-work bar hopping provides not only instrumental opportunities for the exchange of information and release of social tensions but also opportunities to express nonverbally a desire for continued affiliation.

Working in a group in Japan requires the development of successful channels of communication, which reinforce group interdependence, and the sense of difference from those who are not members of the group. Yet social interaction beyond that which occurs with individuals with whom one lives and works is a necessity in contemporary society. If the exchange is brief and relatively insignificant, such as buying a newspaper, anonymity will be maintained. But if the relationship is expected to continue over a long period, whether in business, marriage, employment, or neighborhood, great care is likely to be invested in establishing and maintaining good relationships. Such relationships are often begun by using the social networks of a relative, friend, or colleague who can provide an introduction to the desired person or serve as nakodo (go-between). The nakodo most often refers to the person (or people) who negotiates marriage arrangements, including checking each family's background, conveying questions and criticisms, and smoothing out difficulties. But this kind of personal mediation is common in many aspects of Japanese life.

Group membership in Japan provides enjoyment and fulfillment, but it also causes tremendous tension. An ideology of group harmony does not ensure harmony in fact. Japan is an extremely competitive society, yet competition within the group must be suppressed. Minor issues are sometimes dealt with by appeals to higher authority, but they may well smolder unresolved for years. Major problems may be denied, especially to outsiders, but may result in factions or in the fissioning of the group. It is often the individual, however, who bears the burden of these interpersonal tensions. This burden is reflected in high rates of alcohol consumption and of minor, sometimes psychosomatic, illnesses. Many Japanese cope with these stresses by retreating into the private self or by enjoying the escapism offered by much of the popular culture.

The Public Sphere: Order and Status

It is difficult to imagine a Japanese vision of the social order without the influence of Confucianism because prior to the advent of Chinese influence in the sixth century, Japan did not have a stratified society. Confucianism emphasizes harmony among heaven, nature, and human society achieved through each person's accepting his or her social role and contributing to the social order by proper behavior. An often quoted phrase from the Confucian essay "Da Xue" (The Great Learning) explains, "Their persons being cultivated, their families were regulated. Their families being regulated, their states were rightly governed. Their states being rightly governed, the whole kingdom was made tranquil and happy."

This view implies that hierarchy is natural. Relative status differences define nearly all social interaction. Age or seniority, gender, educational attainment, and place of employment are common distinctions that guide interaction. Without some knowledge of the other's background, age and gender may be an individual's only guidelines. A Japanese person may prefer not to interact with a stranger, to avoid potential errors in etiquette. The business cards or calling cards so frequently exchanged in Japan are valuable tools of social interaction because they provide enough information about another person to facilitate normal social exchange. Japan scholar Edwin O. Reischauer noted that whereas Americans often act to minimize status differences, Japanese find it awkward, even unbecoming, when a person does not behave in accordance with status expectations.

The Japanese language is one means of expressing status differences, and it contributes to the assumption that hierarchy is natural. Verb endings regularly express relationships of superiority or inferiority. Japanese has a rich vocabulary of honorific and humble terms that indicate a person's status or may be manipulated to express what the speaker desires the relationship to be. Men and women employ somewhat different speech patterns, with women making greater use of polite forms. Certain words are identified with masculine speech and others with feminine. For example, there are a number of ways to say the pronoun "I, " depending on the formality of the occasion, the gender of the...