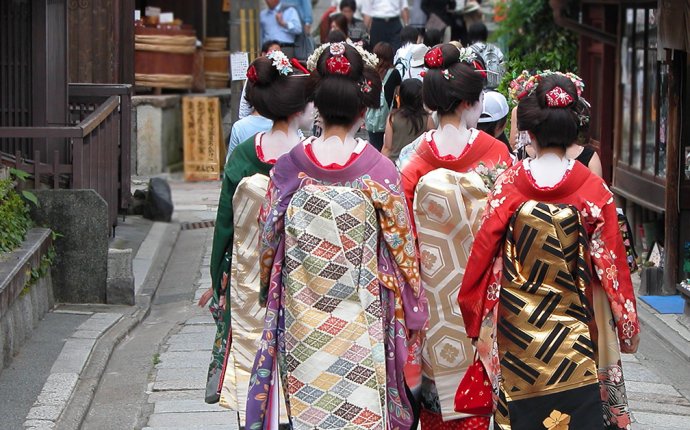 Welcome to our helpful guide for Japan. Should you be looking to travel, live, relocate or do business in the land of the rising sun, we will give you a helpful head start on understanding the country and its cultures.

Climate: Japan has four seasons which are categorized by cold winters and hot summers (up to 40 degrees Celsius).

Japan has a fascinating and multifaceted culture; on the one hand it is immersed in the deepest of traditions dating back thousands of years, and on the other it is a society in a continual state of rapid change, with constantly shifting trends and fashions and technological development that perpetually tests and pushes boundaries. This is part of what makes it such a fascinating country to visit. If you are looking for something different you are sure to find it in Japan!

There are typically 2 types of clothing which the Japanese wear. While the traditional ethnic garments of Japan like kimonos are still in use, they are mainly worn for ceremonies and special events like funerals and festivals. More recently, western clothing is worn often in day-to-day life. While the westernisation of fashions has continued at a rapid pace, the kimono lives on in Japanese culture.

Japanese is spoken by about 125 million speakers. Not much is known of the language’s history, or even when it first appeared in Japan; substantial texts did not appear until the 8th century. Japanese has no genetic relationship with Chinese, however it makes extensive use of Chinese characters (kanji) and a large portion of its vocabulary is borrowed from the Chinese language.

Japanese is a script language and along with the adopted “kanji” Chinese characters, the main scripts are “hiragana” and “katakana”. Latin script is used in a limited fashion, for example it’s used in imported acronyms. The numerical system uses mainly Arabic numerals along with Chinese numerals.

Several thousand kanji characters are in regular use. Each has a range of meanings and most of them have more than one pronunciation. Which one to use very much depends on context. The total number of Kanji is over 50, 000, although few, if any, native speakers know anywhere near this number.

Manners are very important amongst the Japanese. You should make sure you are aware of the basic rules.

In Japan, people greet each other by bowing. The bow ranges from a small nod of the head (casual and informal) to a deep bend at the waist (indicating respect). A bow of the head from a foreigner is usually sufficient; most Japanese people don’t expect foreigners to know the bowing rules. Shaking hands in Japan is uncommon.
There are strict rules regarding indoor manners in Japan which are related to footwear. Shoes are removed not only in the home, but also in many traditional ryokan (Japanese style inns), some restaurants, temples, castles and other historic buildings. The border is not the door itself, but the entrance area which is called “genkan”, and shoes should be always pointed towards the door rather than into the building.
When dining out, many restaurants have a mixture of both Western style tables and chairs as well as low traditional tables, where it’s usual to sit on a pillow (this type of dining is referred to as “zashiki”).
Chopsticks are used to eat most kinds of Japanese food and these should be held towards their end, not in the middle or front third.
It’s not customary to tip in Japan. Instead it’s polite to say “gochisosama deshita” (“thank you for the meal”) when leaving.
Gift giving is a common part of Japanese culture and various types of gifts are given on different occasions. Gifts in sets of 4 are usually avoided, as the word for “four” is pronounced the same as the word for “death”. Gift giving on birthdays and Christmas was not previously a Japanese tradition, however due to the strong influence from the West, many families and friends do now exchange gifts on these occasions.

Shinto is as old as the Japanese culture, while Buddhism was imported from the mainland in the 6th century. Since then, the two religions have been co-existing relatively harmoniously and have even complemented each other to a certain degree.
Religion does not play a big role in the everyday life of most Japanese people today. The average person typically follows the religious rituals at ceremonies like births, weddings and funerals. They may visit a shrine or temple at New Year and participate at local festivals (matsuri), most of which have a religious background.

Japanese business etiquette is not so different to that in the UK – politeness and good manners are hugely important. The main difference is that the business etiquette is more formal, especially at the first meeting where the exchanging of the business card is an essential ritual. After you’ve been introduced and bowed, the business card ceremony begins, and you should be aware of the etiquette.
Cards should be double sided to include both English and Japanese. Offer the card with the Japanese side facing upwards towards the recipient. Offering the card with both hands demonstrates greater respect. In a group of several Japanese people, cards will be offered to you in order of rank, with the highest ranking presenting their card last.

You’re expected to take time to carefully read (and memorise!) all key information. Business cards in Japan should be considered an extension of the individual, not solely for use to find someone after you’ve met them. The card should be placed respectfully into a business card holder, not shoved into a pocket like a tissue and do take care not to damage or bend the card; this is considered to be a direct insult.