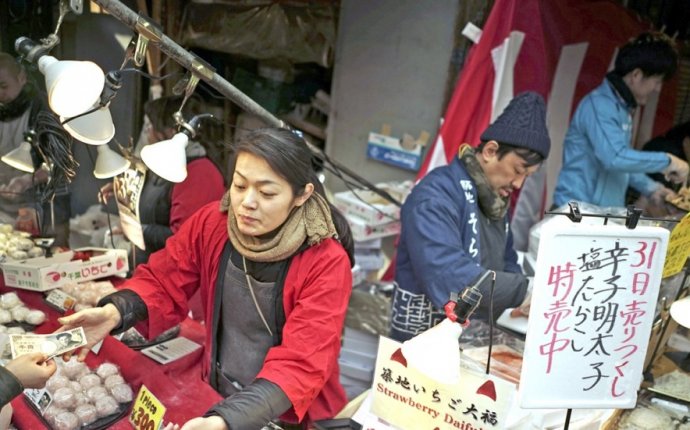 During the New Year’s holidays, many Japanese eat osechi ryōri, a collection of traditional foods developed during the Heian Period (794-1185). It originally consisted of fish or vegetables simmered in soy sauce and sweet mirin but, as the years passed, other foods were incorporated into the compendium of dishes, including those that had symbolic significance for health, longevity, fertility and good fortune.

In 1988, the year I first came to Japan, the tradition of making osechi ryōri from scratch was already on the wane. Other New Year’s holiday customs, particularly visiting the homes of close friends and relatives on the first days of January, were still firmly in place, but within a decade, even these were becoming rare. Fewer and fewer families had a familial farmhouse to return to, and the design of new houses didn’t — and still doesn’t — encourage visitors. No one would think of walking into a modern Japanese house or apartment without knocking and then announcing themselves by shouting “Gomen kudasai!” (“Sorry, is anyone home?”). Today’s houses remain locked and almost hermetically sealed, unlike the farmhouses that allow air to flow freely between outside gardens and inside rooms.

In the days when farmhouses were more prevalent, all members of the family — including the men — would clean their large and dusty house at the end of each year. Papered wooden-framed doors were meticulously cleaned or repapered and a damp cloth was taken to every surface of the house. This kind of comprehensive yearly clean has become less necessary in the airtight apartments of modern Japan.

Osechi ryōri was typically prepared during this period of housecleaning. Preparing so much food, particularly food that would keep without refrigeration, meant that the women could take a break along with the rest of the family in early January. Also, when friends and relatives would visit during the first three days of New Year, osechi ryōri would be brought out and served, so no one needed to worry about cooking.

There are two other reasons why this type of food was prepared in advance. One is that the use of fire was banned in early January to prevent accidents while people moved from house to house. Fires were only used on the morning of Jan. 1 to prepare ozoni, a traditional soup containing mochi (pounded rice cakes). The second is that shops were closed during the new year holiday and, without means to keep food from going bad, families needed dishes that would keep for several days.

Refrigeration and fires may no longer be a concern, but many Japanese families continue to prepare an assortment of osechi ryōri-style foods.

My mother-in-law always made at least two varieties of sweet-simmered beans and kuri kinton (mashed sweet potato and chestnut) as well as tazukuri, sticky and sweet dried sardines flavored with dark soy sauce. Sometime during the first few years after marrying my Japanese farmer husband almost three decades ago, my mother-in-law gave up preparing tazukuri, which had been the quintessential New Year’s food for us. Most likely she stopped because the effort of cooking outweighed the lack of enthusiasm among the younger members of the family.

Nowadays, families around Japan often rely on stores for their osechi ryōri — even my mother-in-law ordered a tiered set from our local convenience store one year at the cost of ¥10, 000. Department store sets range from about ¥13, 000 to ¥43, 000, and typically serve a family of two to four. For around ¥650, 000, well-heeled families can enjoy osechi ryōri packed in jubako (stacked lacquer boxes) prepared by Kitcho, a venerable Japanese restaurant in Kyoto.

Since we cook our meals from scratch and I am not a fan of bento-style foods, I had never been tempted to purchase store-made osechi ryōri. Last year, however, I ordered a set out of curiosity. Kanji Nakatani of Soba Ro, in the town of Honjo, Saitama Prefecture, prepares nearly 100 osechi ryōri sets each year. Rather than using traditional jubako, he nestles his food in deep ceramic plates commissioned from local potter, Isao Kimura. Each year, Nakatani incorporates new ingredients into an assortment of orthodox recipes to create a unique platter. And each set is accompanied by a pack of freshly rolled uncooked soba noodles and a container of dipping sauce for making toshikoshi soba (buckwheat noodles eaten on New Year’s Eve for good luck). Last year, Nakatani’s osechi ryōri included fish terrine, kuri kinton, shrimp dumplings, sweet miso-broiled Spanish mackerel, simmered abalone with dashi gelee, braised beef tendons, chicken loaf, sweet yuzu citrus paste, grilled duck breast, chicken liver, dashimaki tamago (rolled omelet). Then there are the symbolic foods: black beans for health, karasumi (home-cured mullet roe) for fertility, boiled shrimp — resembling the bent shape of an old man — for longevity, and a small sprig from a kinkan (kumquat) tree for prosperity and to keep the ingredients fresh.