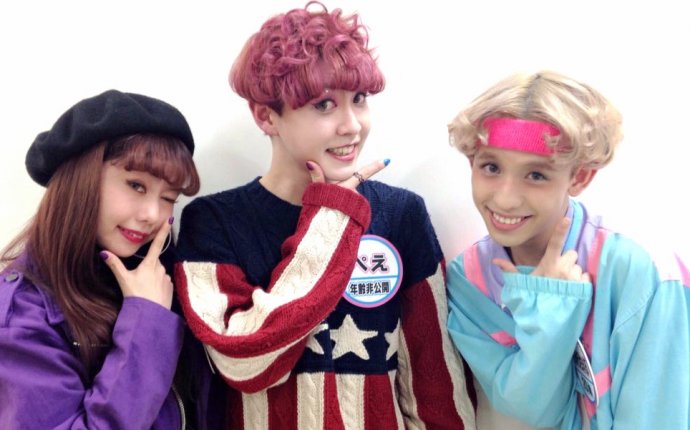 Hiroshi Fujiwara's grey hair is a moppy bob and he's wearing what I can only assume are hard-to-find Nikes. My cousin asks why he showed up in sneakers, but what she really means is, "How dare you show up to a formal family event in casualwear?"

Right now, Fujiwara is serenading my sister and her now-husband as they have their first dance as a married couple. I'm impressed, and not just because he has shlepped a guitar from Japan to Kansas City — though to be fair, the groom is American streetwear impresario jeffstaple. What I'm really marvelling at is the sight of the man responsible for Japanese street fashion as we know it today, the so-called Godfather of Harajuku.

While to Japanese fashion insiders, Fujiwara is linked to a multitude of brands, from Head Porter to Nike, his name may not be familiar to Americans. This may be because he has never just worked on one thing: He's a musician, fashion designer, and lifestyle trend curator. But now the curious can read all about Fujiwara, his most famous protégé, Nigo, the founder of cult brand A Bathing Ape, and other innovators in Ametora: How Japan Saved American Style, by W. David Marx.

Ametora is an exhaustive and often compelling history of the ways in which Japanese menswear industries have imported and updated American styles over the last 150 years. The title refers to just one of many menswear styles that have criss-crossed the Pacific from the U.S. to Japan and back again, and is a portmanteau of "American Traditional, " a style we might otherwise call Americana. Think social-club dress codes: navy blazers, popped Polo collars, leather loafers.

Like Fujiwara's Harajuku, which rose to prevalence in the late 1990s and early 2000s, each of the styles described in Ametora is pegged to an enterprising individual — almost always a man — and his team. The most important of these figures is Kensuke Ishizu, the founder of storied clothing brand VAN and the popularizer of "Ivy Style, " a dated facsimile of East Coast prep. Ishizu introduced Ivy Style through savvy marketing, from the micro (packaging VAN products in precious boxes and bags that would themselves become coveted items) to the macro (he designed the Japanese delegation's official uniform, a controversial red blazer with gold buttons and white pants, for the 1964 Olympic Games). Ivy Style and subsequent trends — ski and surf, rockabilly and delinquent chic — had their watershed moments in the pages of photo-rich periodicals such as Heibon Punch and Popeye magazine, which helped disseminate such styles among younger Japanese men during a golden age of publishing.

Other trends followed similar paths. In the 2000s, the world discovered Japanese denim-makers' growing expertise with selvedge. Though originally an American invention, Japan's versions would become the new benchmark for quality jeans: According to Marx, this technique ("selvedge" is a truncation of "self-finishing edge") was left to historical oblivion in the U.S. until Japanese thrift scavengers learned to use it as one of several checkpoints to authenticate vintage Levi's. Meanwhile, the trend cycle for Japanese men's casualwear, which originally found its template in the Gap, Inc., has come full circle with the Stateside success of its reigning fast-fashion king, Uniqlo.

The exhaustive nature of the research in Ametora demonstrates Marx's pedigree as a business school graduate of the prestigious Keio University, and will delight followers of his blog néojaponisme. The book reads like a management bible, with financial metrics and anecdotes about successful entrepreneurs. Japan scholars will find that Marx has done his historical and linguistic homework. For example, I'd only seen the role of "pan-pan girls" (prostitutes who solicited American soldiers) referenced in Japanese-language books, but Marx adds depth to their story, describing how they made a secondary income reselling G.I. apparel to import shops on Ameyoko Street, the home of an ersatz swap meet in Tokyo that still exists today.

But, while Ametora could readily be used as a reference for anyone wanting to know the ins and outs of running a legendary brand (Ishizu's VAN) or dominating the fast-fashion industry (Uniqlo), it focuses almost entirely on men's style, and readers shouldn't expect information or expertise on womenswear. Descriptions of men finding it impossible to live up to magazine standards of beauty, for example, will seem utterly quaint to any woman who has picked up a fashion rag.

American style has undoubtedly benefited from its incubation in Japan.

The focus on style, rather than fashion, also has its limitations. For Marx's purposes, style refers largely to lifestyle branding, rather than innovation in clothing design. Even a high-fashion milestone such as Rei Kawakubo's epic 1981 "Destitution" line for Comme Des Garçons, which challenged Western notions of glamour and polished beauty with tattered garments, is discussed largely in the context of derivative casualwear brands in Japan that sought to replicate its billowy silhouettes and natural fibers.

Marx does smartly address the political ironies of the history he unearths, though he stops short of suggesting that Japan's menswear trends have always been the result of American history. For example, he points out the incredible irony of the Japanese fetishization of American bomber jackets, the apex of which was the A-2 flight jacket sourced by vintage scavengers in the late 1980s, reproduced by a Kobe-based clothing company called Real McCoy's, and then by Toyo Enterprise's Buzz Rickson brand in 1990; it was the same jacket worn by American GIs attacking Japan in 1945. The question of whether the Japanese style curators who championed this style were fully attuned to the irony of wearing an oppressor's uniform is answered by a sales clerk at the used clothing store Voice Harajuku, who Marx quotes: "This is all because Japan lost the war. If Japan had won, Americans right now would probably be competing to wear kimonos."