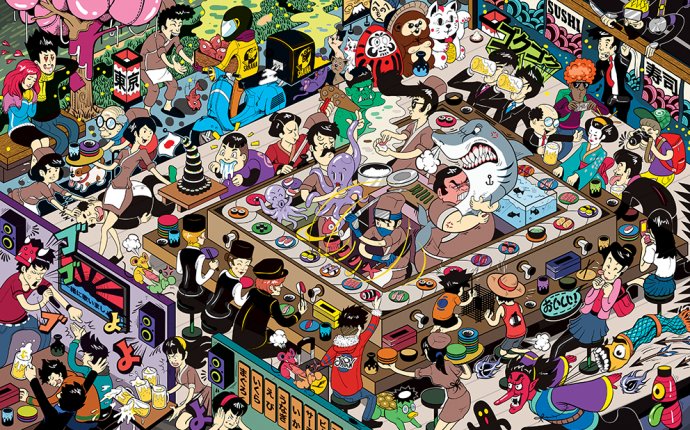 Daruma are papier-mache dolls designed to look like a 6th monk known as Bodhidharma. They are traditionally sold with no eyes. You fill in one eye with a black marker when you set a goal and then fill in the other eye when you meet your goal.Teru Teru Bozu are simple ghost-like dolls crafted from white cloth or paper. They are thought to bring good weather if you hang them up at night. If you hang them upside down they bring rain. Teru Teru Bozu are popular amongst children before a school trip. In some cases, children hang them upside down in hopes a trip will be canceled.Omikuji are paper fortunes that are sold at temples and shrines in Japan. Approximately half of Omikuji predict some level of bad luck. When this happens, it's customary to leave the fortune behind by tying it at a designated spot. A good fortune should be kept for a few months until you feel the luck has run out.Ema are wooden wish boards available for purchase at Shinto shrines.

They are related to an old custom of donating horses to shrines. You purchase an ema, write a wish on it and hang it at the shrine. It can be quite interesting to see people's wishes.

Ehomaki are a Setsubun tradition that can be translated "lucky direction sushi roll." The tradition involves eating an entire uncut thick sushi roll in silence while facing a lucky direction that changes every year. Ehomaki was originally an Osaka tradition but has spread nationwide because it's a fun thing to do on Setsubun.

7. Spiders in the Morning

According to Japanese superstition if you see a spider in the morning it's good luck and you shouldn't kill it. This can be a challenge anyway because Japanese spiders can be large, venomous and/or fast. Spiders appear in countless Japanese myths and tend to garner a fair amount of respect. It was traditionally believed that if a spider lives to 400 years of age it gains magical powers such as the ability to shapeshift into human form.Koinobori are carp shaped streamers that are put up in April for Children's Day in May. This tradition is related to a Chinese legend about a carp who swims upstream to become a dragon. Koinobori are considered an auspicious symbol for the health of children. Millions of koinobori are put up beside rivers and in front of homes in Japan each Spring.Tori No Ichi is a market for rakes decorated with lucky items held on the days of the rooster in November. Buying a lucky rake is a long standing business custom in Japan. It's common to see price negotiations for a rake. When a deal is struck customer and seller perform a little hand clapping ritual together.