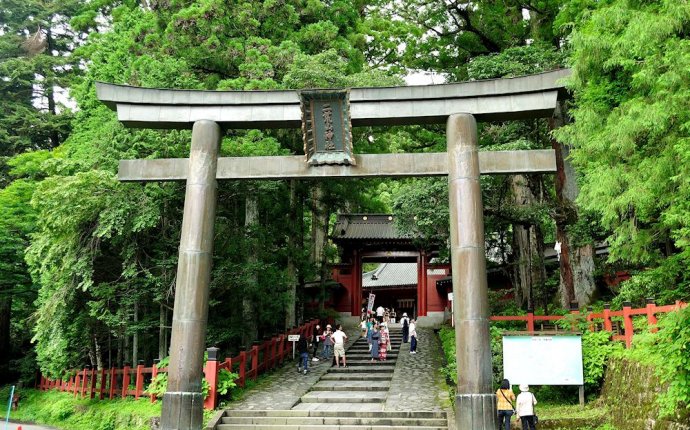 Japan is known for its unique culture and heritage, which has been preserved by the Japanese people since ancient times. The age-old Japanese traditions and customs which give a unique character to the lifestyle of the Japanese people have to be experienced to be truly appreciated. Some of the unique aspects of Japanese life are mentioned here as an introduction to the traditions of Japan. Japanese Gardens : The original Japanese gardens were inspired by Buddhist and Chinese philosophy and later evolved to have their own distinct Japanese identity. The gardens found in Japanese temples and shrines are inspired by the Shinto religion and the belief in an ideal state of harmony. The Japanese attempt to recreate this idealized harmony in their beautifully designed gardens that include aspects such as water, rocks, gravel, moss and miniature plants or Bonsai. One of the most famous Zen Rock Gardens in Japan is the Ryoan-ji Zen Rock Garden in Kyoto.

Japanese Architecture : Traditional Japanese Architecture has a distinct style deeply influenced by Buddhism and Shintoism. Houses and temples made of wood, placed on stilts to raise them above the ground, and with sloping roofs made of thatch or tiles create a distinctive silhouette in traditional Japanese architecture. The use of lightweight wood and bamboo to create Fusuma (sliding doors) and straw or woven grass to create Tatami (mats) are other unique features of Japanese architectural design. People usually sat on the floor and furniture only came into widespread use after the late-nineteenth and early twentieth century.

Japanese Tea Ceremony : The Japanese ceremony of preparing and offering tea to revered guests is a formal and stylized ritual, almost like a meditative performance. The art or skill of preparing tea and all the elements of the tea ceremony have special and symbolic meaning. Deeply influenced by Zen Buddhism, the Japanese tea ceremony has evolved into a cultural ritual which means much more than the mere sampling of powdered green tea, and is a unique part of Japanese traditions.

Japanese Cuisine : Japan is an island nation and seafood plays an important role in Japanese cuisine. Rice and fish along with vegetables are eaten by most Japanese. Tofu or soy bean curd is another popular and healthy dish often consumed by the Japanese people. Japanese food such as Sushi (rice flavored with vinegar and combined with seafood or seaweed and sometimes vegetables) and Sashimi (cut and sliced raw meat, usually seafood) are forms of Japanese cuisine that have become famous worldwide. Teppanyaki or food cooked on an iron griddle is another popular form of Japanese cuisine. Sake or Japanese rice wine is also drunk at traditional meals as a toast to the health and long life of one's dining companions.

Japanese Festivals : The Japanese people celebrate many festivals, most of which are of the Buddhist and Shinto religions. Different temples or shrines across Japan have their own specific Matsuri or festive holiday. Some festivals that began long ago are also celebrated today in a modern form. These include Aomori Nebuta Festival, the Hadaka Matsuri Festival and the Cherry Blossom Festivals, which are an integral part of Japanese culture.

Cherry Blossom Festivals : Every year in spring the Japanese people take time out to appreciate the beauty of nature as the Cherry trees burst into full bloom and their lovely pink flowers offer a wonderfully appealing sight. People picnic in the Cherry groves, drink tea and Sake and enjoy music in the delightful ambience of the blooming Cherry flowers. The Cherry Blossom festivals at Okinawa and at Matsuyama Castle in Ehime prefecture are the best-known among many flower festivals across Japan. The natural beauty of the Cherry blossom season is celebrated by the Japanese in their art and music, and even in the designs of their traditional clothing, the Kimono.

@Ben Green: Realised 2 things whilst watching Terrace House on Netflix: I've clearly no understanding of Japanese culture & wtf am I doing watching this