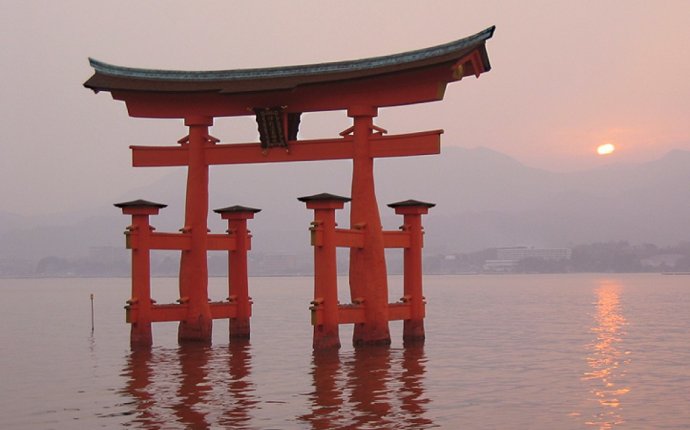 I had the privilege of living in Japan for just over a year. During most of that time I had Japanese roommates, so I got a pretty good idea of what life is really like living among the Japanese people.

In fact, when I first arrived in Japan, I spoke very little Japanese, and was living with a sweet Japanese girl (actually a lady in her mid 20s, but I feel like we were both so young at the time) who spoke very little English.

She was my first best friend in Japan. She was so patient with me as she helped me to understand the culture and the language.

The longer I spent in Japan, the more I realized that this sweet girl was not an exception to the rule. In fact, she was a perfect example of the kindness, love, and respect that is ingrained in the Japanese culture.

I have such a strong love for the people of Japan. I feel like they are part of my family, because that's how they always treated me.

They taught me so much, and I would like to share a few of the lessons I learned from Japanese culture with you.

Lesson #1: Actively Showing Respect Should Be a Part of Every Interaction You Have

Bowing is an important part of the Japanese culture. I bring that up, because it is one of the many ways that Japanese people make an effort to show respect to each other, and it is a perfect example of actively showing respect to others.

Before I went to Japan, I assumed that Japanese people bow when they first greet each other and then the duty is done. This is far from the truth.

Bowing is something that happens throughout every conversation-sometimes almost constantly.

It becomes such a part of your nature, that you even end up bowing when you are talking on the phone.

When I came back to the United States, it took me at least a year to stop bowing to people.

I'm not saying that we all need to bow all the time, but I do think there is something to be said for actively showing respect to everyone you meet whether they have earned that respect yet or not.

Lesson #2: The Most Important Words You Need to Know How to Say

As I mentioned before, when I first arrived in Japan, I didn't speak much Japanese. I was missing a lot of the words that most people think would be crucial to survival, but I specifically remember thinking after being there for a very short period of time that there are only a few words and phrases that you need to know in order to function in Japanese society.

Not surprisingly, all of these phrases have a lot more to do with being polite than with trying to get a practical task accomplished.

Some people will tell you that the Japanese people are fake polite, but I built enough relationships with Japanese people to recognize that their words were almost always genuine.

Lesson #3: There Are Some Phrases the Japanese Language Has That the English Language Really Needs

Just like with any other language, there are some words and phrases in Japanese that don't really translate to anything that we say in the English language.

In my opinion there are a few of these phrases that add to the polite and respectful culture in Japan that would really add a valuable sentiment to our culture if they existed in the English language.

I know that many of us have been taught to go the extra mile, and some of us probably think we are actually living true to that idea, but I think it's very rare for us to take this as far as the Japanese people do.

Giving a lost person directions is a perfect example of how Japanese people truly go the extra mile.

I loved how the Japanese people cherished the most simple aspects of nature.

The perfect (and probably most well-known) example of this is O Hanami which is an important part of Japanese culture involving having a picnic underneath the cherry blossoms when the cherry trees are in bloom.

It seems like everybody makes sure to do this at least once during the cherry blossom season.

In fact, at some of the parks that are the best known for their cherry blossoms, there will be so many people walking through to see the trees that you can hardly move in some areas.

Not only do the parks become packed with people, but the train stations and trains themselves end up filled to the brim with people who want to enjoy the cherry blossoms.

In Japan there seems to be a general obsession with cleanliness, and it really makes it a pleasant place to be.

It was amazing to me that I could walk through the streets of huge cities so packed with people that it's impossible not to bump into someone on the sidewalk (another reason that people have so many opportunities to say they're sorry) and the city was spotless.

@jlist grass is always greener. Ive been in love w The Japanese culture, way of life, people and land since i was 8 years old. Someday...